Our board of directors

Legal Aid BC is governed by a nine-member board of directors. The board is governed by policies and bylaws that reflect established best practices. Under its bylaws, the board's role is to "ensure the effective governance of the organization through setting direction, monitoring performance, and hiring and supporting the executive director."

Of our nine board members:

The Legal Services Society Act outlines the need for the board as a whole to have a range of knowledge, skills, and experience in such areas as:

The board establishes three committees to help it carry out its responsibilities:

The chair, in consultation with our chief executive officer, appoints the members of these committees, unless the board directs otherwise. Specific inquiries should be directed to the corporate secretary.

Legal Aid BC is committed to strong corporate governance practices that enable public accountability and transparency. We adhere to the governance principles established by the Crown Agencies and Board Resourcing Office (CABRO) and are in full compliance with its guidelines.

To maintain excellence in board governance, we review our governance framework regularly to ensure it meets Legal Aid BC's ongoing business needs while being consistent with recognized best practices.

The following board practices documents are in PDF.

As required by the Financial Administration Act, under a Treasury Board Directive, Legal Aid BC discloses board remuneration annually: 2021/22 Board Remuneration Disclosure Statement. 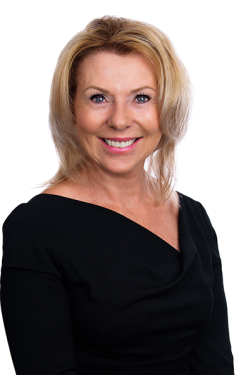 Karen is a partner and business advisor in MNP’s Kelowna office. Drawing on more than 20 years of experience, Karen delivers a full range of business advisory and assurance solutions to help private enterprise clients, including business owners, real estate developers and professionals, achieve their goals and meet their regulatory, financing and governance requirements. She prides herself on her ability to provide the expertise her clients need to effectively manage and grow their business.

In 2002, Karen was awarded the Early Achievement Award by the Institute of Chartered Accountants of British Columbia (ICABC) for her contributions to the profession and outstanding accomplishments. In 2012, she was honoured with a fellowship (FCPA, FCA) from ICABC. In 2015, she became a fellow of Chartered Professional Accountants of British Columbia (CPABC). Karen is chair of CPABC’s Member Recognition Committee and Search Committee. 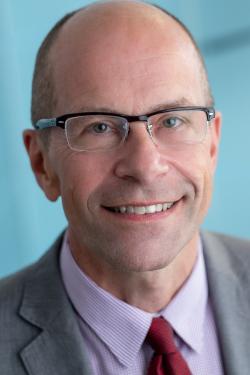 While a lawyer by profession, Allan Seckel, KC, has had a career that has spanned private practice, public service and the not-for-profit sector.

Mr. Seckel is active in his community, currently serving as the chair of the Board of Directors of Covenant House Vancouver and the chair of the BC Housing Management Commission. Previously, he was a member of the Telus Vancouver Community Board and the board of LIFT Philanthropy Partners.

Mr. Seckel holds a Bachelor of Arts degree with joint honours in economics and commerce from Simon Fraser University; a law degree from the University of Victoria; and a Master of Law degree from Gonville & Caius College at Cambridge University, where he attended as a Commonwealth Scholar. Mr. Seckel is the co-author of two legal texts. He was designated a King's Counsel in 2003 and as an ICD.D in 2013. 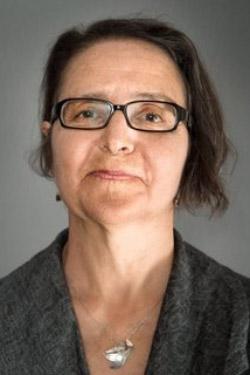 Gisela Ruebsaat (BA, LLB) is an independent legal analyst, writer and scholar. She has played a lead role in key justice reform initiatives throughout her career. As an analyst for the Ending Violence Association of BC, Gisela worked with police, corrections and community advocates to design and implement provincial anti-violence programs to improve access to justice for marginalized women. Many of these BC-born initiatives, such as the provincial Third Party Reporting Protocol, are now generating interest across Canada.

Gisela also worked at the Ontario Ministries of Attorney General, and Citizenship and Culture, developing race relations, human rights and multiculturalism policies. Gisela received the Silver Medal Award from the Ontario government and the BC Building a Safer Future Award for her anti-violence work.

In 2006 Gisela co-authored a groundbreaking study that documented police misclassification of sexual assault cases, ultimately leading to a national review of police practices. In 2016, Gisela was nominated by MOSAIC and selected to serve as one of 150 woman leaders in Canada to support gender equality.

Gisela is an accomplished poet and scholar whose work has appeared in both literary and academic journals. Her debut poetry collection, Heart Mechanic, was published in 2016. 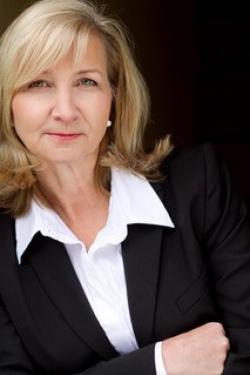 Donna M. Turko, KC, graduated from Dalhousie Law School in 1991. She also earned a bachelor's and master's degree in Sociology from the University of BC. In 2017, she was appointed King's Counsel. She is also honoured to have received the Harry Rankin, KC, Pro Bono Award in 2017. Donna is an executive member (Advisory Committee) of the Criminal Defence Advisory Committee C-DAS. She has mentored and lectured at the UBC Innocence Project. She is also a reviewer for the Association in Defence of the Wrongfully Convicted.

Donna has served on numerous CBA committees including the CBA Criminal Subsection Committee for Sentencing and Release, Legal Aid Committee, the Advisory Committee to the Judicial Council, Government Relations Committee, and the BarTalk Editorial Board.

Donna has taught at the UBC Allard School of Law and has been principal to over 26 articling students. 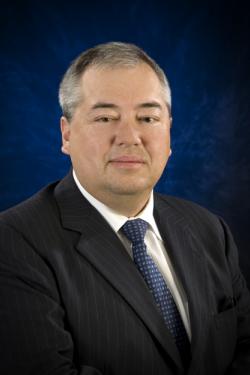 In the early part of his career, he dealt with civil litigation, family law and criminal law matters.  In 1993, Phil accepted a position with Westminster Community Legal Services Society as a staff lawyer where he worked for nearly three years. He returned to private practice in 1995 as a sole practitioner in the Lower Mainland.

For the past two decades, Phil’s practice has been restricted to criminal law. This practice has involved principally the defence of individuals charged with criminal and regulatory offences. 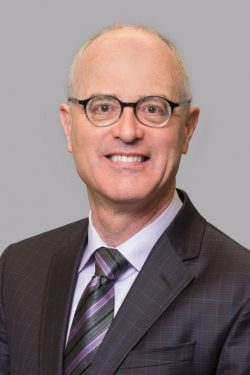 Brad Daisley is a retired lawyer and journalist whose career focused on strategic communications, policy development and professional regulation.

From 2008 to 2021, Brad was Legal Aid BC’s (LABC) Communications Manager and General Counsel. In this role, he was in charge of the organization’s internal and external communications, stakeholder relations and government relations. He also assisted in developing LABC’s policies, and public positions on justice reform and legal aid.

Brad began his professional career as a lawyer with a Vancouver firm where he worked from 1983 to 1988. Prior to joining LABC, he spent eight years as the Public Affairs Manager for the Law Society of BC. He managed the society’s communications, government relations, public relations and was part of a team that developed the society’s policies on disclosure of regulatory information.

Since 2012, Brad has held volunteer positions with the College of Dental Surgeons as a committee member. In 2018, the college presented him with an Award of Merit for his contribution to the dental profession. 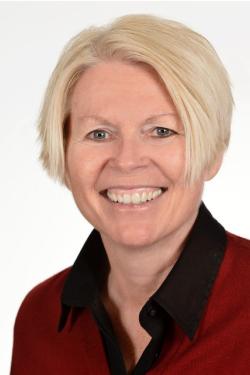 Tracy Porteous’s commitment to survivors of gender-based violence and those who support them began when she started at the Victoria Sexual Assault Centre at the age of 19. Her experience there was so meaningful that she decided to dedicate her life to the cause.

Now, 40 years later, Tracy is credited for numerous innovative programs and initiatives; among them, growing the Victoria Sexual Assault Centre from a staff of 2 to 22; founding and leading the 300-program strong Ending Violence Association of BC; co-creating and leading a cross-sectoral program ensuring BC’s legal, health, child protection and anti-violence response systems are working collaboratively; creating the award-winning Be More Than a Bystander: Break the Silence on Gender-Based Violence, a prevention initiative that engages youth in schools across the province and men in male-dominated workplaces with the goal of having people speak up to violence, disrespect and abuse; co-founding the Ending Violence Association of Canada, a national body working to advance policy; and co-creating the gender-based violence policy for the Canadian Football League.

Tracy is a Registered Clinical Counsellor and holds an Honorary Doctor of Laws and the Order of British Columbia. 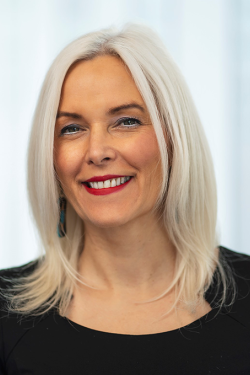 Brenda Knights is a capacity builder, with board experience, who serves Indigenous people in Canada. She has experience in various leadership positions advocating for social housing for Indigenous people and is currently the CEO of the Vancouver Native Housing Society.

Previously, Brenda worked for the Kwantlen First Nation’s economic development arm, and Coast Mountain Bus Company, a subsidiary of TransLink, where she held a variety of management roles. She is also on the board of the Canadian Council for Aboriginal Business, Metro Vancouver Zero Emissions Innovation Center, the New Relationship Trust, Elizabeth Fry Society, and Tourism Langley. 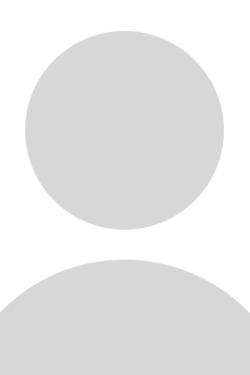